Location: Acton town common, at the base of the monument (northeast, watering trough side) 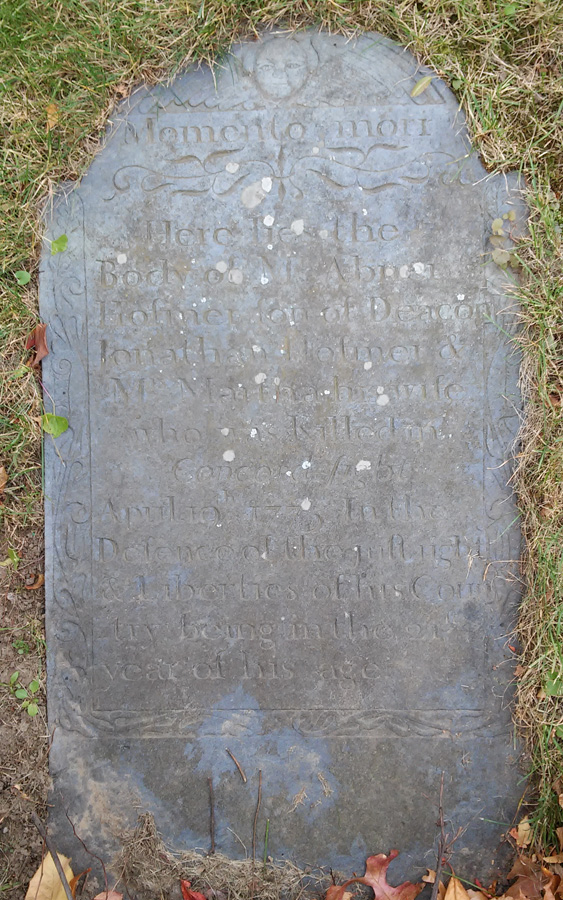 Abner Hosmer was one of the Acton minutemen who was killed at the battle of the North Bridge in Concord, April 19, 1775.  The tombstone reads:

Momento mori
Here lies the Body of Abner Hosmer son of Deacon Jonathan Hosmer & Mrs. Mary his wife who was killed in Concord fight April 19th 1775 In defence of the just right & Liberties of his Country being in the 21st year of his age.

This tombstone marked Abner Hosmer's grave in what is now Woodlawn Cemetery until the erection of the granite memorial monument on the town common in 1851.  The remains of Abner Hosmer (as well as Isaac Davis and James Hayward) were moved to Acton center into, as expressed in Phalen's Acton history, "a niche prepared... in the eternal stone of the monument."  The old tombstones were set on the ground around the monument.