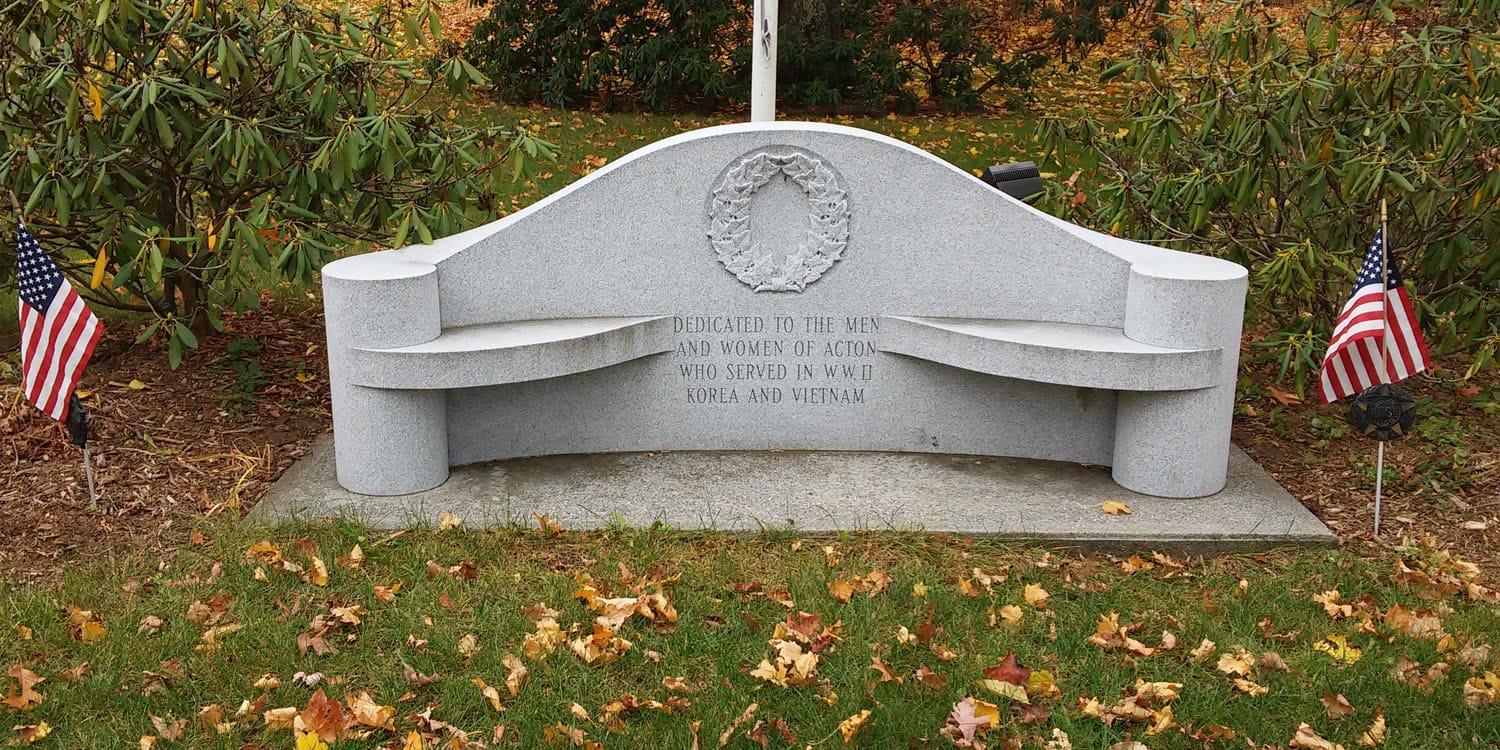 The inscription reads:
DEDICATED TO THE MEN AND WOMEN OF ACTON WHO SERVED IN W.W. II KOREA AND VIETNAM

This granite bench was erected in 1984 and dedicated in 1985.  A committee consisting of veterans Philip Harris, Wilson Bursaw and Tom Rogers spearheaded the project.  Funding was provided by the Acton Rotary Club, Acton Lions Club, and private citizens.  Excavation work was donated by James Fenton and Michael Jeanson, preparation and inscription was donated by Rock of Ages (Barre, VT), and installation was donated by Acton Monument Company.