Location: To the left of the main (northwest side) entrance to Acton Memorial Library, 486 Main Street 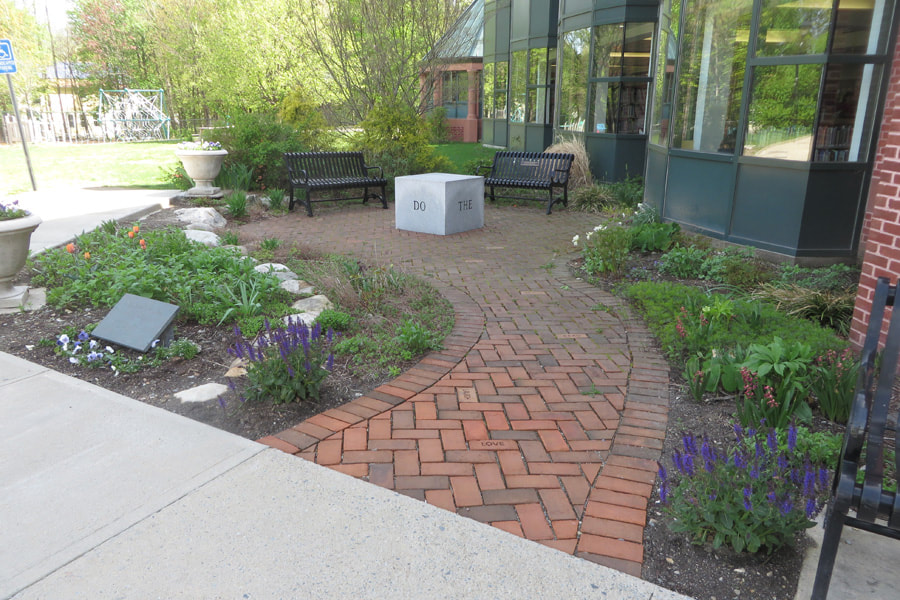 Charlotte Sagoff was an Acton resident of enormous influence who, among other contributions to the town, was instrumental in holding W. R. Grace responsible for polluting Acton's drinking water supply and making sure that the damage was corrected.  She helped to found ACES (Acton Citizens for Environmental Safety), Acton's Earth Day celebration, and the Acton Food Co-0p and served on the town's Board of Health and the McCarthy-Town School Community Council.  After her death in 2007, her friends and grateful townspeople raised funds for a garden to honor her memory.  Truly a community effort, over 100 individuals, community organizations, and businesses contributed funds and services to make it possible.  The garden, in addition to the plantings, has three benches, a granite block table, a brick path and patio, planters, and a plaque made from Vermont slate.

One of the benches has a plaque that reads:
GIFT FROM THE ACTON WATER DISTRICT
IN HONOR OF CHARLOTTE SAGOFF
WHO SPEARHEADED EFFORTS TO PROTECT
ACTON'S GROUNDWATER & DRINKING WATER SUPPLY

The block table, with a word on each of four sides, says "DO THE RIGHT THING."  The bricks on the path and patio are interspersed with "word bricks" reflective of the kind of person Charlotte Sagoff was, among them "love," "laugh," "read," sing", "question," and "persevere." 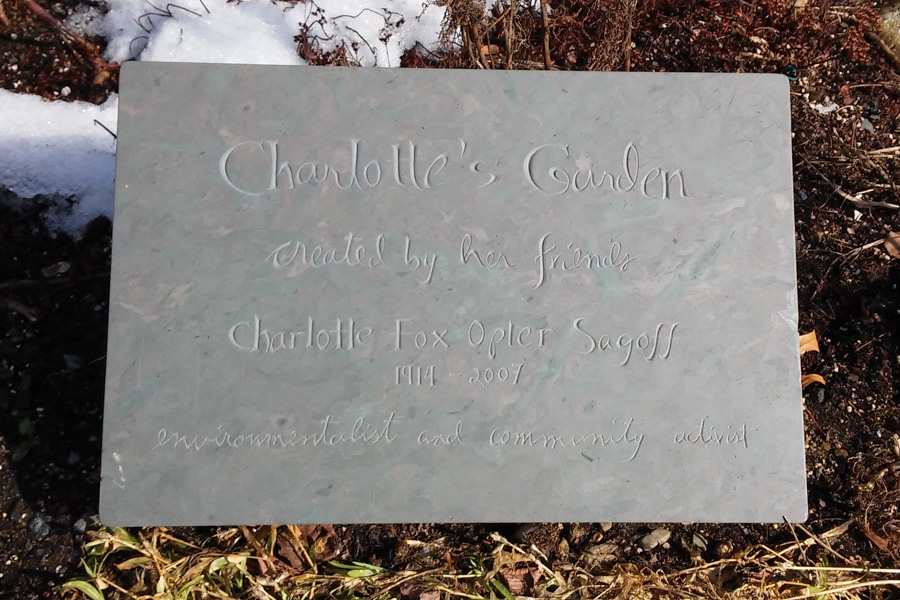 For more information about Charlotte Sagoff and Charlotte's Garden, see: