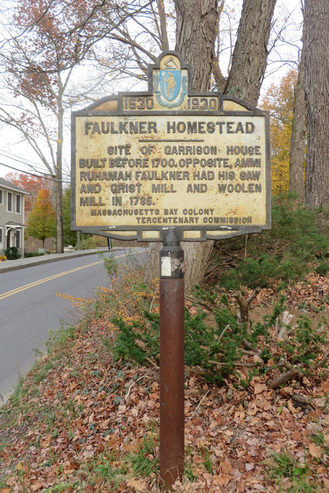 This cast iron marker was erected in 1930 as part of the Massachusetts Bay Colony Tercentenary Commission’s project commemorating the 300th anniversary of the founding of the Massachusetts Bay Colony.  This is one of three tercentenary signs that mark sites in Acton. The wording on this marker includes errors, such as the date given for the 1707 Jones-Faulkner House.

FAULKNER HOMESTEAD
SITE OF GARRISON HOUSE BUILT BEFORE 1700.  OPPOSITE, AMMI RUHAMAH FAULKNER HAD HIS SAW AND GRIST MILL AND WOOLEN MILL IN 1735. 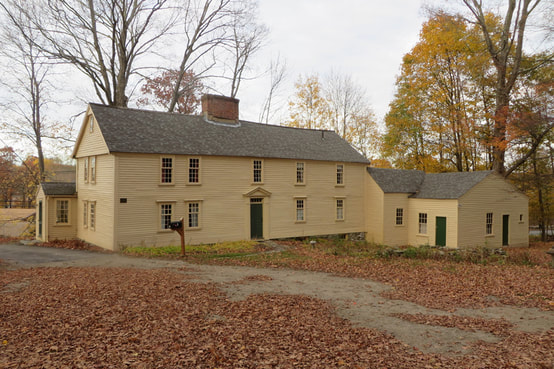