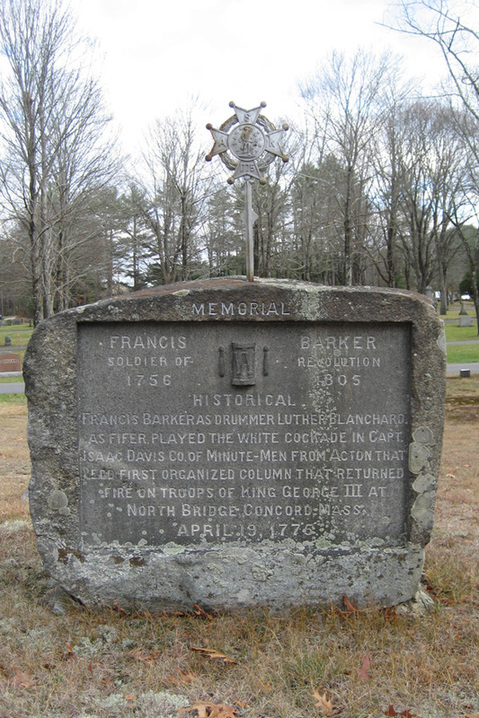 Francis Barker also served as drummer at Bunker Hill in Capt. William Smith's Company (John Nixon's Regiment) and continued serving later in the war.  He married Lois Davis, sister of Captain Isaac Davis, in 1777, but she died the next year.  Francis Barker survived the war and lived until 1805.  His grave was unmarked for nearly a century.  A committee of interested citizens (Reuben Law Reed and Augustine Hosmer of the Sons of the Revolution and Arthur V. Hawley, Frank A. Merriam and Dr. Frank E. Tasker representing the Acton Cadet Band) raised money to erect a a monument in his memory in 1903.  Fundraising certificates were given to donors; see an illustration below.  The granite used, from an Acton farm, was a gift of Isaiah Reed. 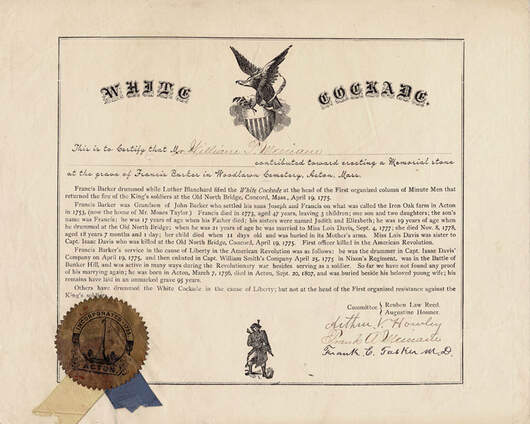