Location: Side yard (not really visible from road) at 60 Prospect Street 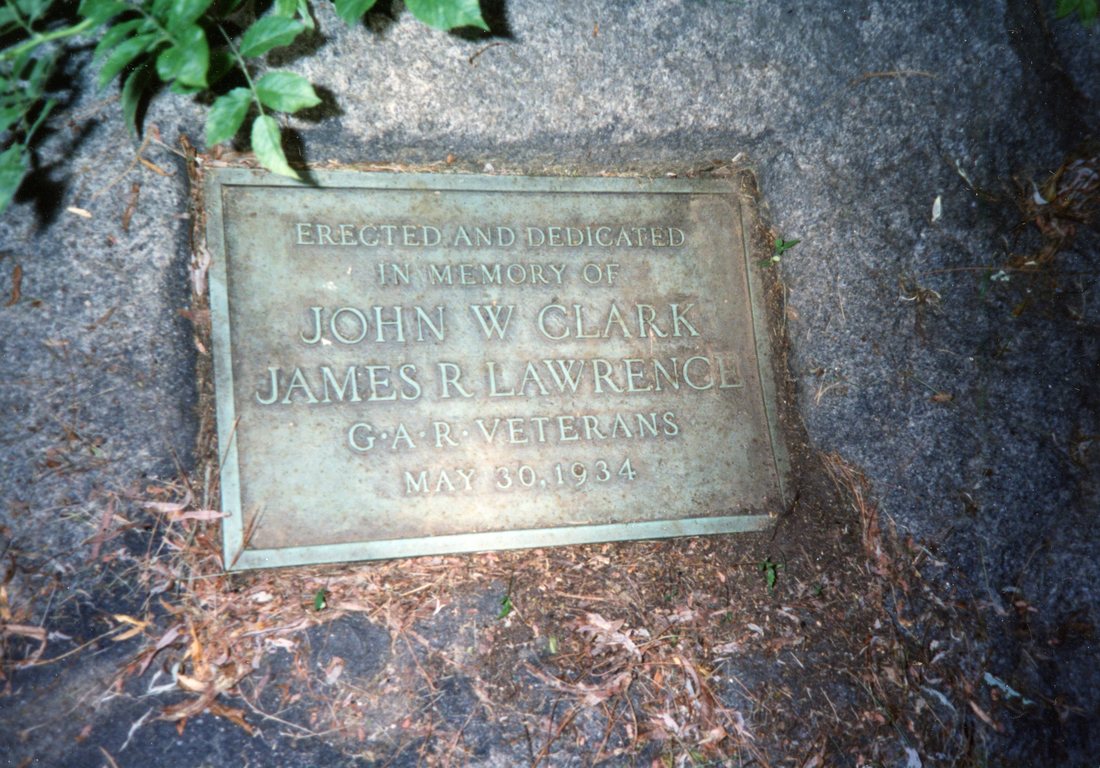 According to a letter from Dorothy Whipple to Betsey Conant of the Acton Historical Society (undated, but apparently in 1989), Dr. Orma Lawrence Clark lived at 60 Prospect Street.  He had this memorial plaque made in honor of his two grandfathers who both served in the Civil War and were former Grand Army of the Republic members and installed it in his yard with an accompanying flag pole.  The plaque was dedicated on May 30, 1934, attended by representatives of the American Legion and the G.A.R. during Memorial Day ceremonies.  For many years, the occupants of the house raised a flag at the site.  Eventually, the pole rotted and plants grew up around the site.  It was rediscovered in 1989.  The above picture from the collection of the Acton Historical Society was evidently taken at that time.