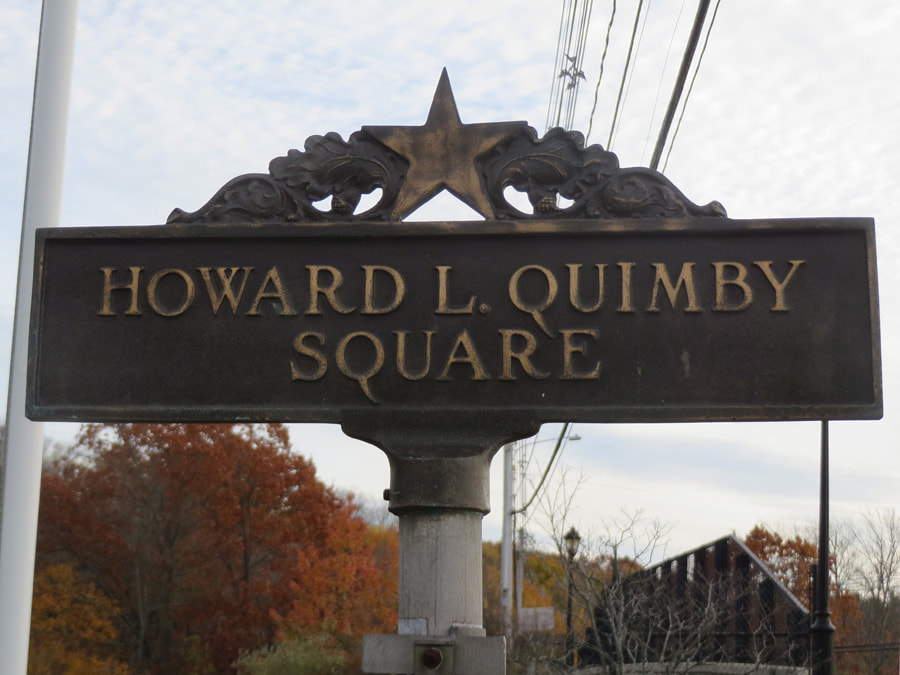 The main intersection in South Acton in front of the Exchange Hall was named in memory of Acton's Howard L. Quimby who died in service during World War 1.  Born in Boscawen, New Hampshire, he moved to Acton (his mother's birthplace) at the age of five.  After studying in the local schools, he went to Concord (MA) for high school.  He graduated from there in 1911 and from Brown University in 1915.  Trained as a civil engineer, he worked in Pennsylvania and Ohio before joining the service.  He served with Battery A, 304th Field Artillery, 77th Division.   He died of pneumonia while waiting with his Battery to be transported home.

At the town meeting held Marsh 12, 1923, the townspeople of Acton voted to change the name of Exchange Square in South Acton to Howard L. Quimby Square.  The Society has a photograph taken at the dedication ceremony on Memorial Day, 1923.