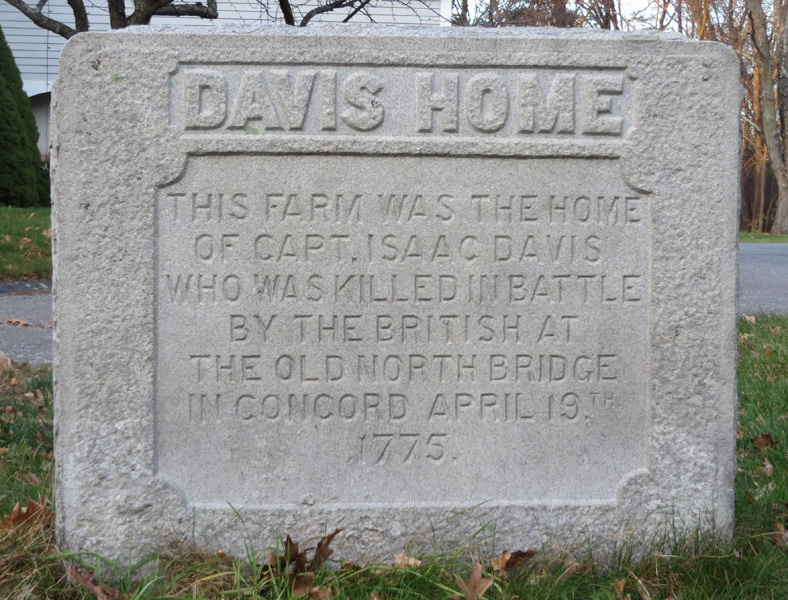 The stone reads:
DAVIS HOME
THIS FARM WAS THE HOME OF CAPT. ISAAC DAVIS WHO WAS KILLED IN BATTLE BY THE BRITISH AT THE OLD NORTH BRIDGE IN CONCORD APRIL 19TH 1775.

On the back: ERECTED 1895 BY CHARLES WHEELER

This stone marker was dedicated on Patriots Day, April 19, 1895 to commemorate the site of Isaac Davis's home from which the Acton minutemen headed off toward Concord on April 19, 1775 and at which the funeral for the fallen was held a few days later.  By the time the marker was placed on the property, Isaac Davis's actual farmhouse was gone.  Charles Wheeler lived on the farm and was responsible for erecting the stone. 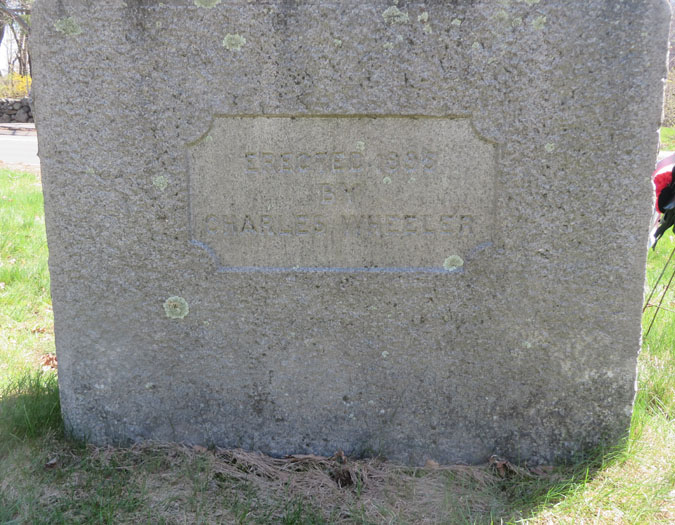