Location: Acton town common, at the base of the monument (southwest side) 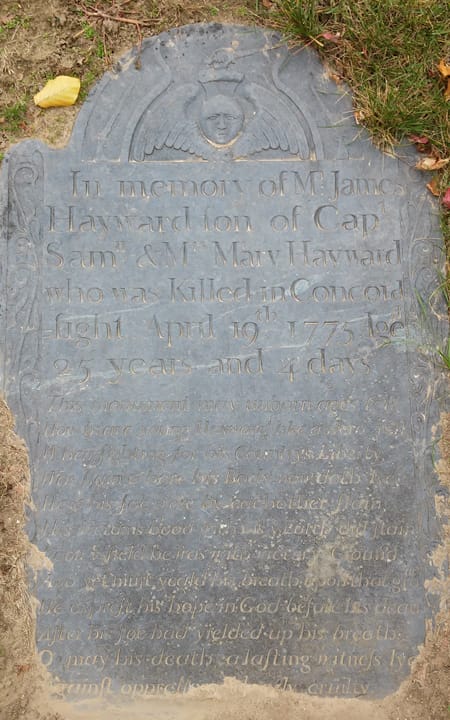 James Hayward was one of the Acton minutemen who was fought at the battle of the North Bridge in Concord, April 19, 1775.  He was involved with pursing the British through Lexington.  He stopped for a drink  at the well of the Benjamin Fiske farmhouse and met a British stragger.  They bought shot.  Both died, the British soldier immediately, and Hayward eight hours later.  The tombstone reads:

In memory of Mr James Hayward son of Capt Samll & Mrs Mary Hayward who was Killed in Concord fight April 19 1775 Aged 25 years and 4 days. This monument may unborn ages tell
How brave young Hayward like a Hero fell
When fighting for his Country's Liberty
Was slain, & here his Body now doth lye;
He & his foe were by each other slain,
His victim's blood with his ye Earth did stain
Upon ye field he was with victory Croun'd
And yet must yeald his breath upon that ground
He exprest his hope in God before his death
After his foe had yielded up his breath
O may his death a lasting witness lye
Against oppressors bloody cruilty.

This tombstone marked James Hayward's grave in what is now Woodlawn Cemetery until the erection of the granite memorial monument on the town common in 1851.  The remains of  James Hayward (as well as Isaac Davis and Abner Hosmer) were moved to Acton center into, as expressed in Phalen's Acton history, "a niche prepared... in the eternal stone of the monument."  The old tombstones were set on the ground around the monument. 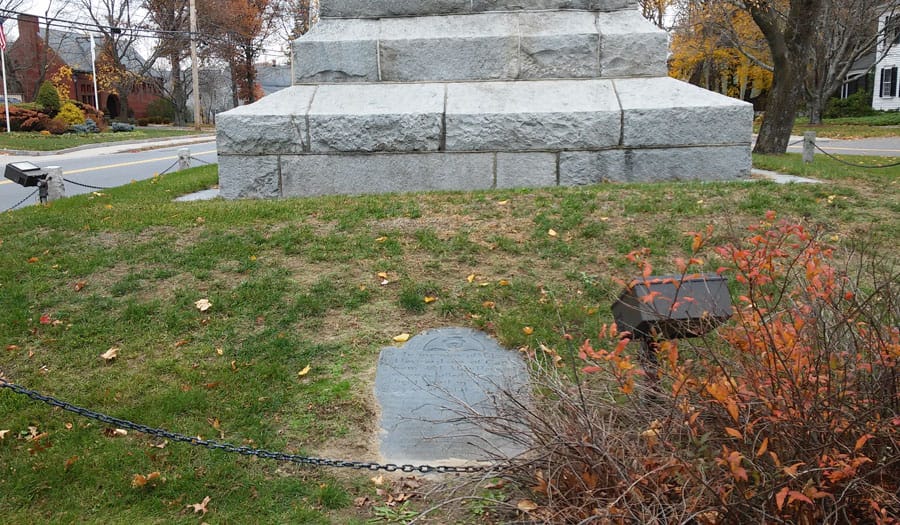