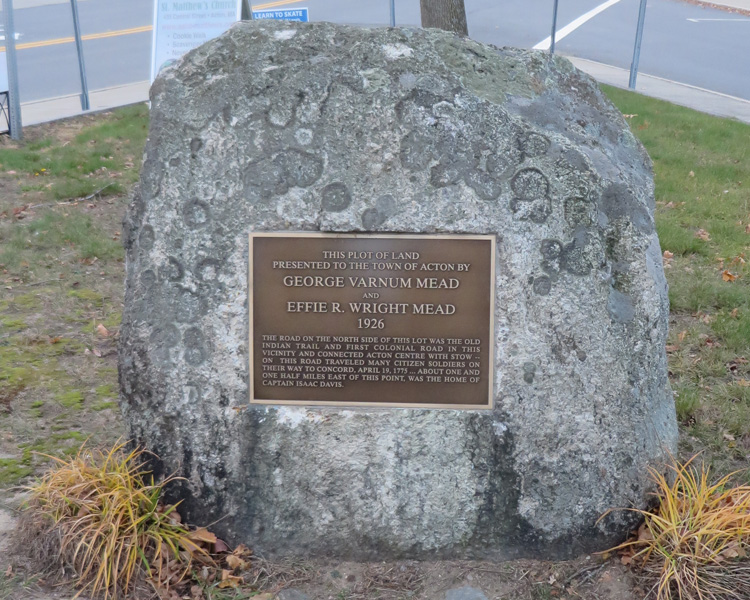 The stone reads:
THIS PLOT OF LAND PRESENTED TO THE TOWN OF ACTON BY GEORGE VARNUM MEAD AND EFFIE R. WRIGHT MEAD 1926
THE ROAD ON THE NORTH SIDE OF THIS LOT WAS THE OLD INDIAN TRAIL AND FIRST COLONIAL ROAD IN THIS VICINITY AND CONNECTED ACTON CENTRE WITH STOW -- ON THIS ROAD TRAVELED MANY CITIZEN SOLDIERS ON THEIR WAY TO CONCORD, APRIL 19, 1775... ABOUT ONE AND ONE HALF MILES EAST OF THIS POINT, WAS THE HOME OF CAPTAIN ISAAC DAVIS.

In later years, the land upon which the stone rests was often called the Mead Triangle.