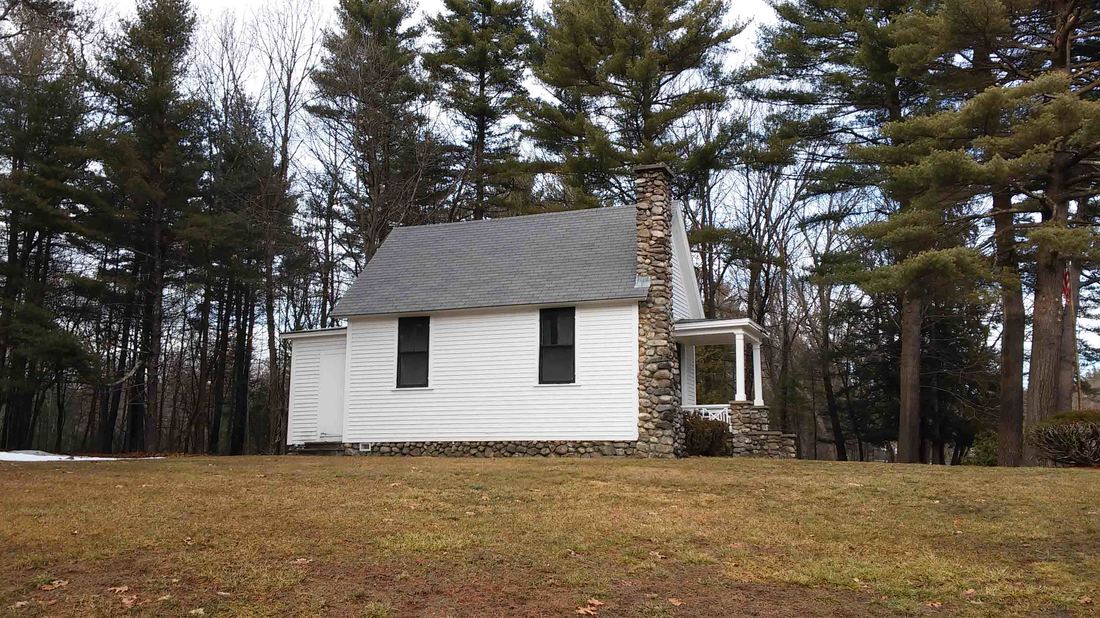 The funds for the Mount Hope Chapel were provided by George C. Wright, a well-known and civic-minded West Acton resident who had prospered in the coffee business.  According to Phalen's History of Acton, George C. Wright offered to provide the funds for a chapel at Mount Hope Cemetery in 1908.  Town officials proceeded to build a small building that according to Phalen was quite different from the vision that Mr. Wright had for the building, but Mr. Wright generously agreed to accept what had been done and presented it to the town.  At the 1909 annual town meeting, the town formally acknowledged the gift.  It saw some use as a chapel in the early days,  but by the time Phalen wrote his history, it was being used for storage and an office.