Any identifications of these people would be gratefully received! 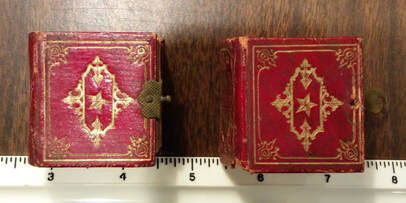 Group Photo, Apparently in the City

This photo has no label.  It certainly was not taken in Acton, and we don't know if the people have any Acton connections.  Can anyone help us identify when/where this photo was taken?  The photographer George Hastings seems to have been at 147 Tremont Street, Boston in the mid-late 1880s-early 1890s.  Were these people connected to Acton?  Was this a stock photo? 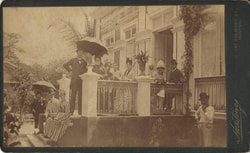 From a School Scrapbook

This woman's portrait was found in a scrapbook put together by Florence Merriam about Acton's school history.  There was no identification, but presumably, she had a connection to the schools.  Was she a teacher?  A teacher at a college?  A Merriam? 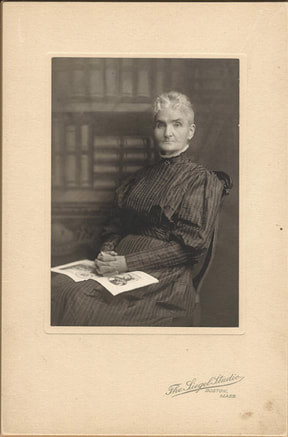