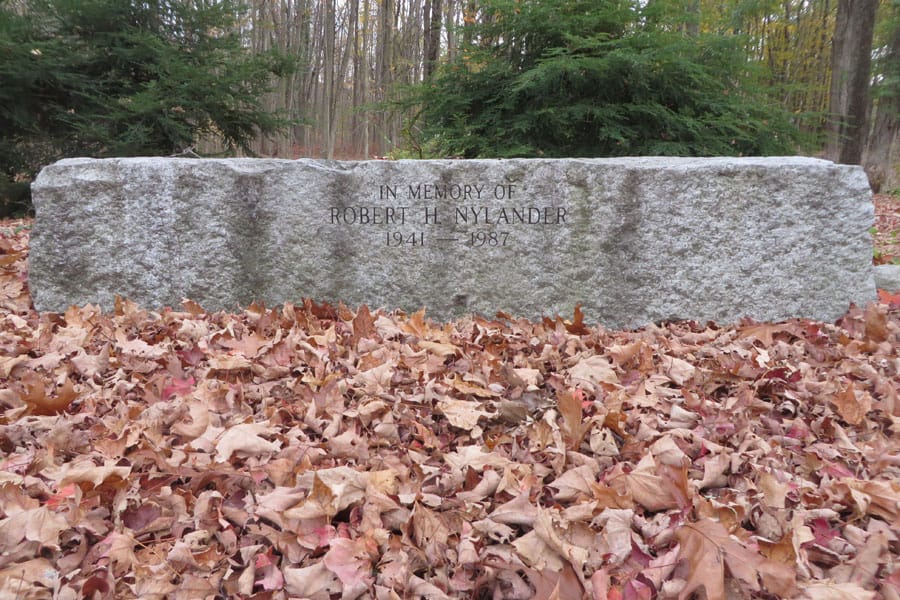 This 3,000-pound granite block was formerly part of one of the abutments of the 1906 Main Street bridge over the Fitchburg and Marlborough Branch Railroads. Ninety years later when the bridge was replaced, the Massachusetts Highway Department donated the stone to the Iron Work Farm.  It was dedicated in 1996 in honor of Barbara and Donald Nylander, and to the memory of architectural historian Robert Nylander. All three Nylanders were among the founders of the Iron Work Farm, which preserved the Jones-Faulkner Homestead and rescued Jones Tavern from demolition in the 1960s. Robert, for many years considered the foremost authority on Acton’s history and architecture, frequently stood under the maple tree where it is located while contemplating the restoration of the Faulkner House.

Source:
Records of the Iron Work Farm in Acton.