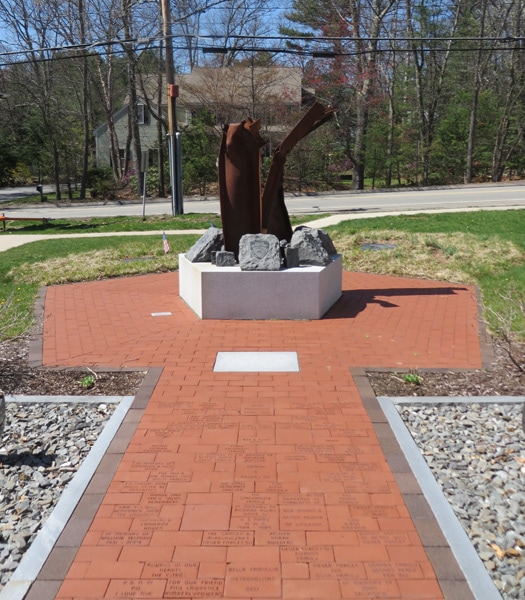 Acton was selected to receive steel from the World Trade Center that was incorp0rated into a memorial meant to honor the memory of all who died in the September 11, 2001 terrorist attacks, including police and firefighters.  Many businesses contributed goods and services to complete construction.  Funds were raised from individuals and groups, some of whose messages are in the brick walkway leading up to a plaque honoring two Acton residents who were killed that day, Philip Rosenzweig and Madeline Amy Sweeney. 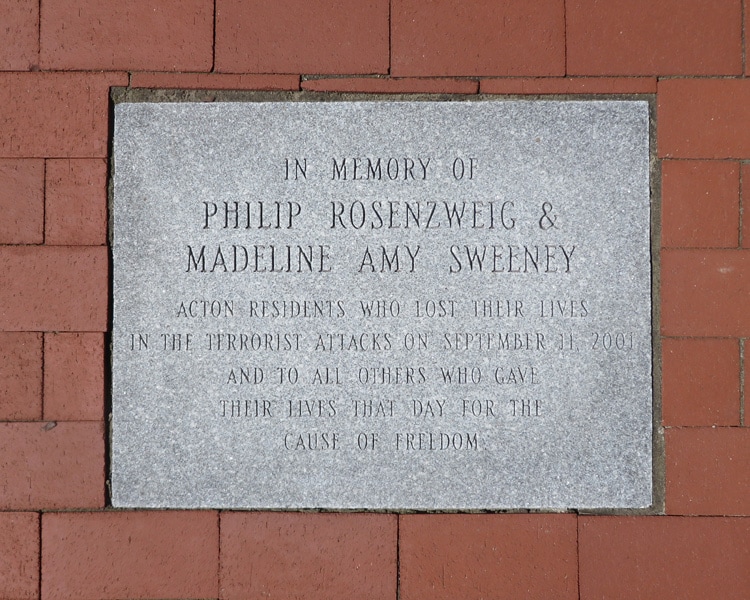 The plaque reads:
"In memory of Philip Rosenzweig & Madeline Amy Sweeney Acton residents who lost their lives in the terrorist attacks on Sept 11, 2001 and to all others who gave their lives that day for the cause of freedom" 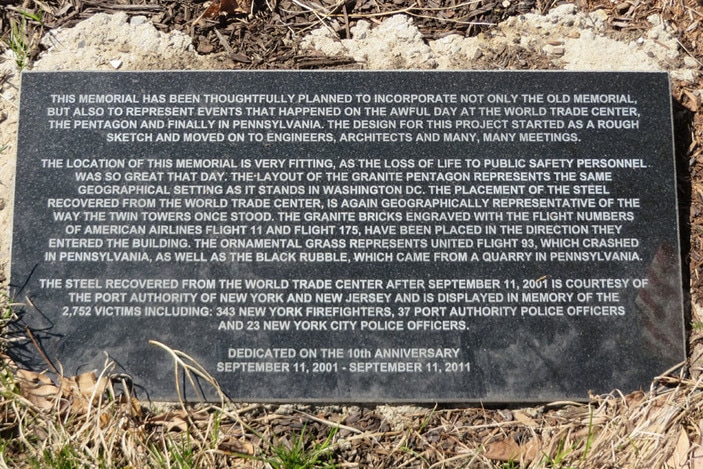 The plaque says:
"This memorial has been thoughtfully planned to incorporate not only the old memorial, but also to represent events that happened on the awful day at the World Trade Center, the Pentagon and finally in Pennsylvania.  The design for this project started as a rough sketch and moved on to engineers, architects, and many, many meetings.

The location of this memorial is very fitting, as the loss of life to public safety personnel was so great that day.  The layout of the granite pentagon represents the same geographical setting as it stands in Washington DC.  The placement of the steel recovered from the World Trade Center, is again geographically representative of the way the twin towers once stood.  The granite bricks engraved with the flight numbers of American Airlines Flight 11 and Flight 175, have been placed in the direction they entered the building.  The ornamental grass represents United Flight 93, which crashed in Pennsylvania, as well as the black rubble, which came from a quarry in Pennsylvania.