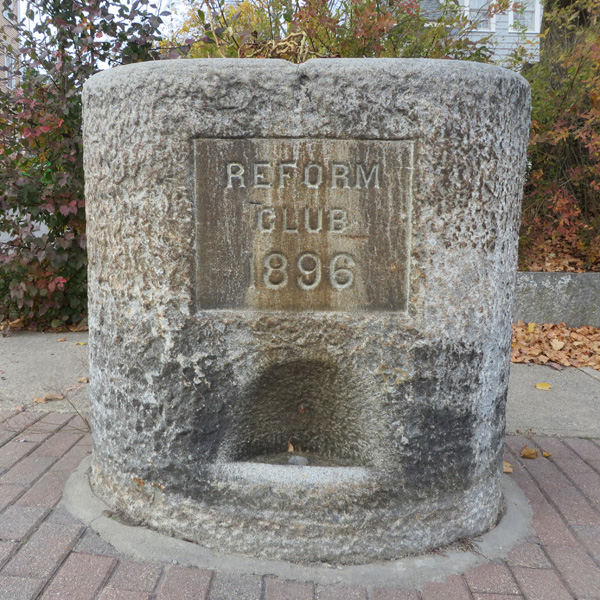 In the summer of 1896, a stone watering trough was installed in South Acton.  David Harris installed the trough using granite from his quarry in North Acton.  The funds came from money left in the treasury of the South Acton Reform Club when it was disbanded.

The South Acton watering trough was the subject of some complaints after installation.  It was often dry, and it took several years for a well to be dug.  It was replaced by an iron "fountain" in the center of Exchange Square in 1913 which in turn came to be seen as obsolete by 1930.  At that time a water bubbler was installed on the old stone trough.  It was moved from what is now the driveway of Exchange Hall to its present position on the nearby sidewalk and is now used as a planter, maintained by the Acton Garden Club.