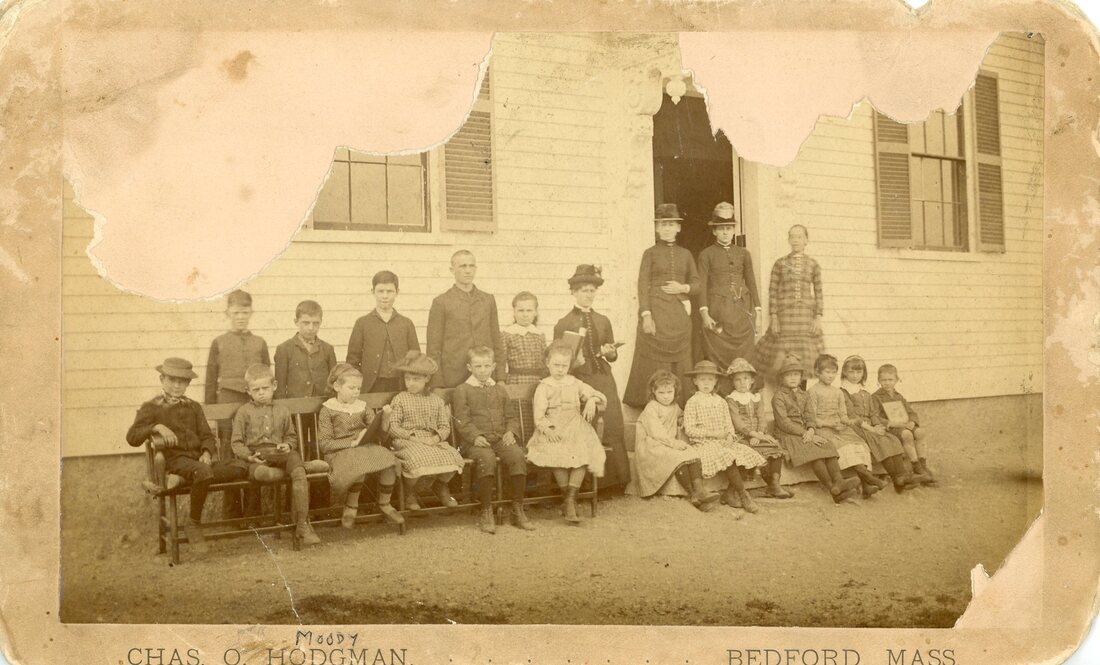 This picture came from a collection donated by the Rouillard family.  There was apparently a Moody in the class and possibly a Potter. 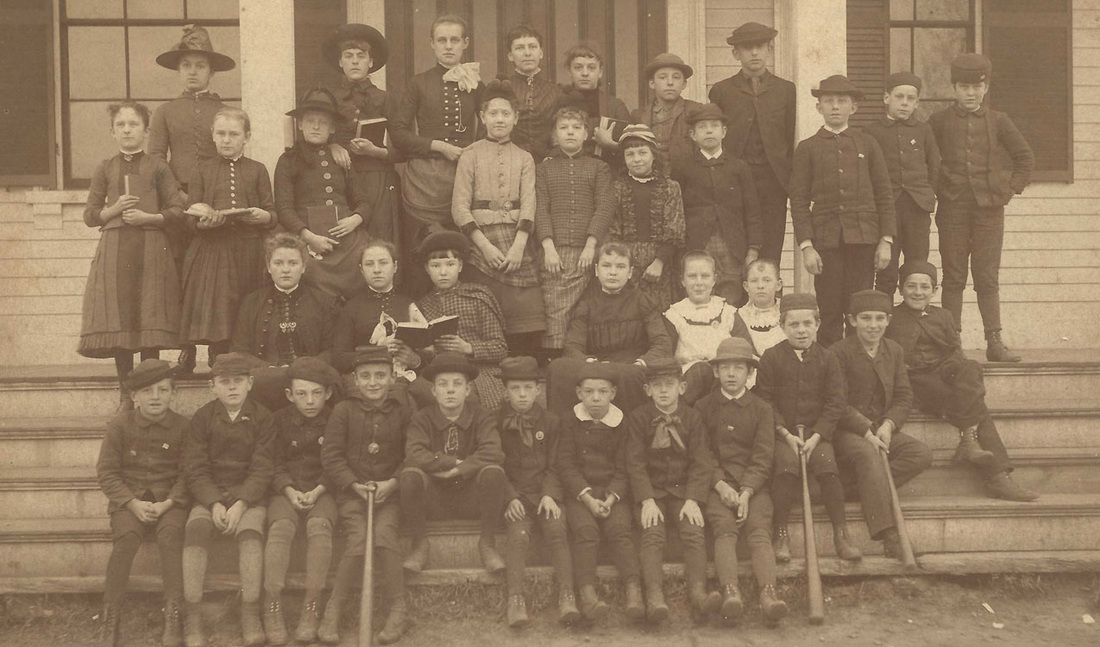 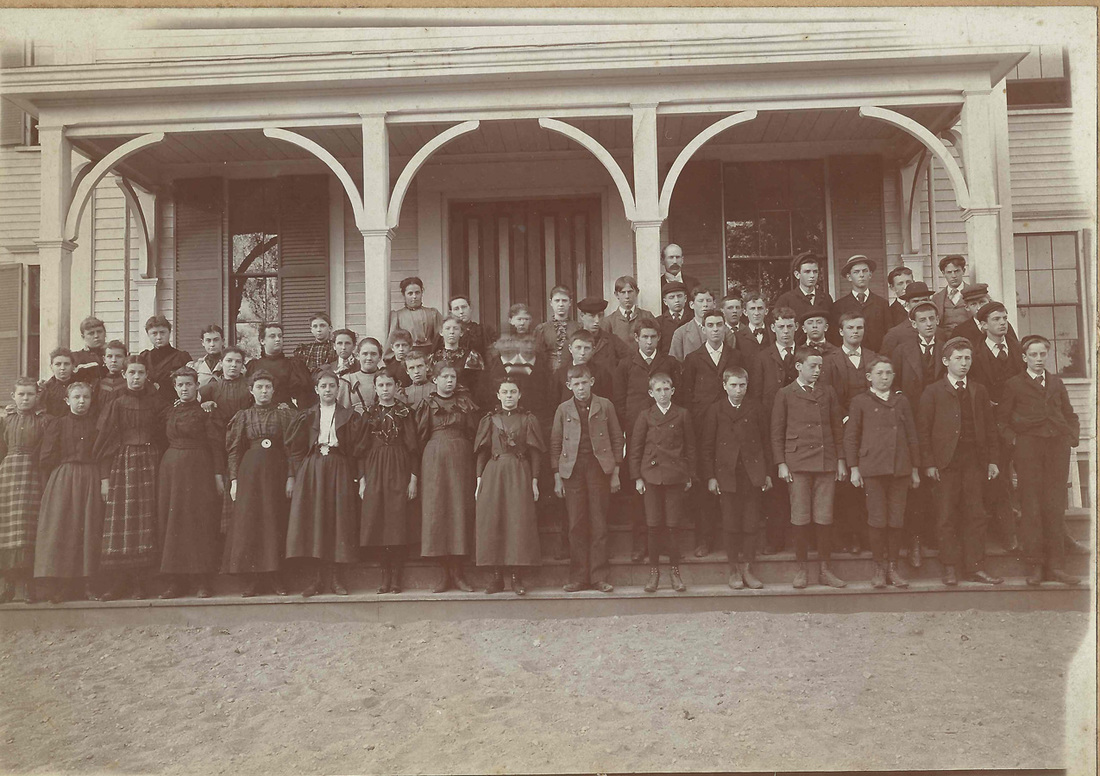 This photo apparently has primary and grammar school students from West Acton and possibly high school students.  The only student identified is a Knowlton daughter, in the front row, apparently eighth from the left.  The photographer was F. J. Taylor.  Though the mat said "Boston," the picture was probably taken while he was living in Acton.  A blog post gives more information on his time in Acton. 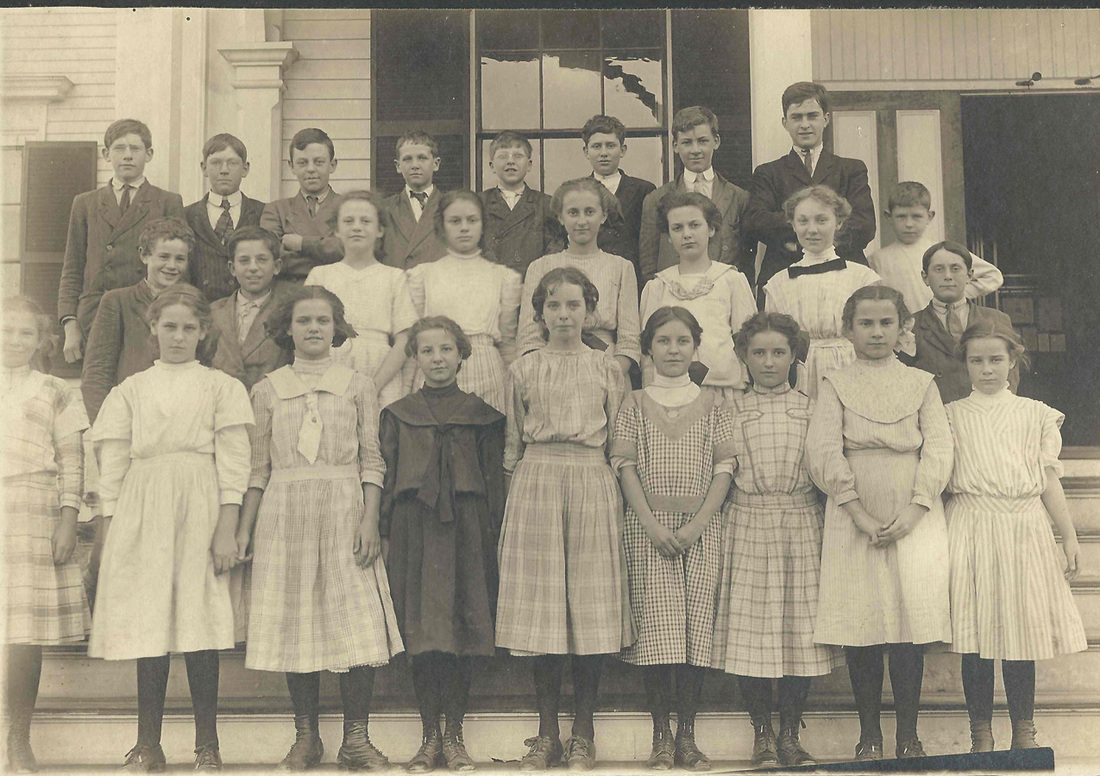 Only one student from this group was identified - Alta Teele, (1899-1915) 2nd from the right in the first row.  Who are the others?  The picture was taken by George D. Elson of Maynard, Mass., who seems to have started his photography business in Maynard by 1908. 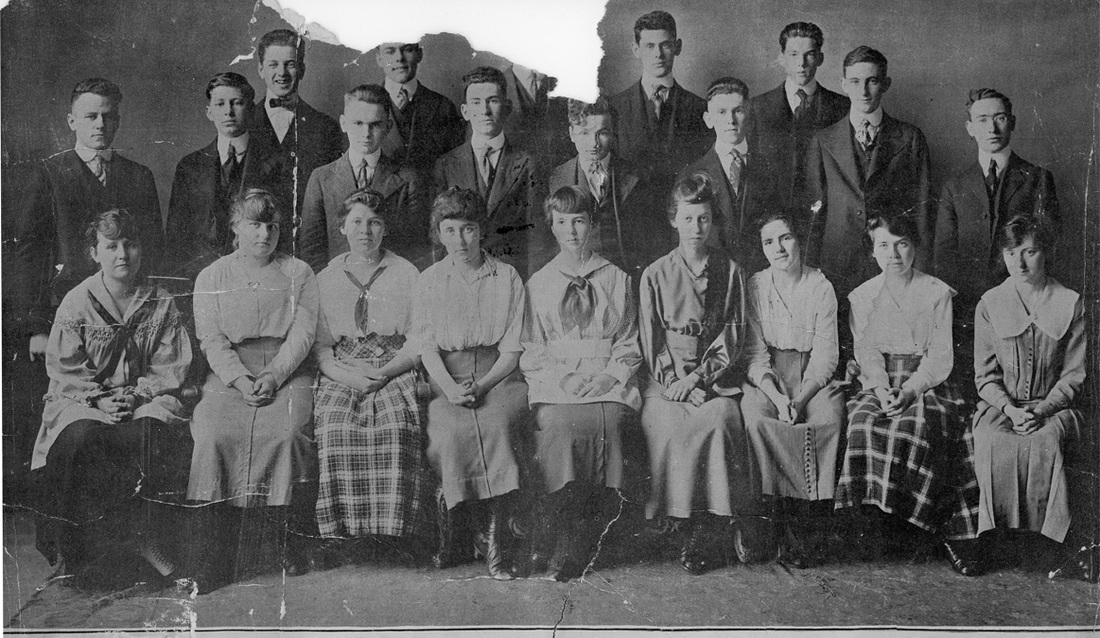 This photograph was originally mounted on a magazine cover or some similar piece of stiff paper.  Unfortunately, it came to us ripped.  The top only says "School."  The bottom says "Graduating Class 1917."  It was with a group of Acton school pictures and yearbooks from a later period, so it probably belonged to an Acton relative.  Acton High School did not exist at the time.  Could this have been Concord's Class of 1917? 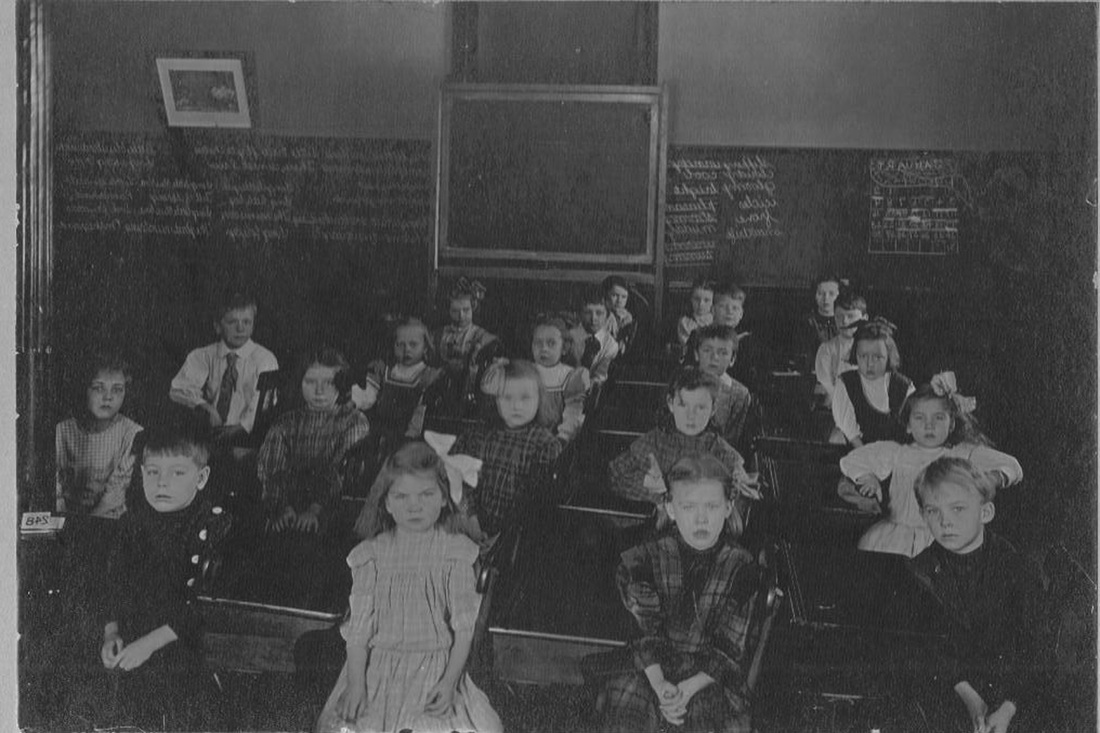 This picture is identified as "January 1909 class" - Does anyone know who these children are or where the schoolroom was? (Note that the writing shows that the picture was printed backwards.) 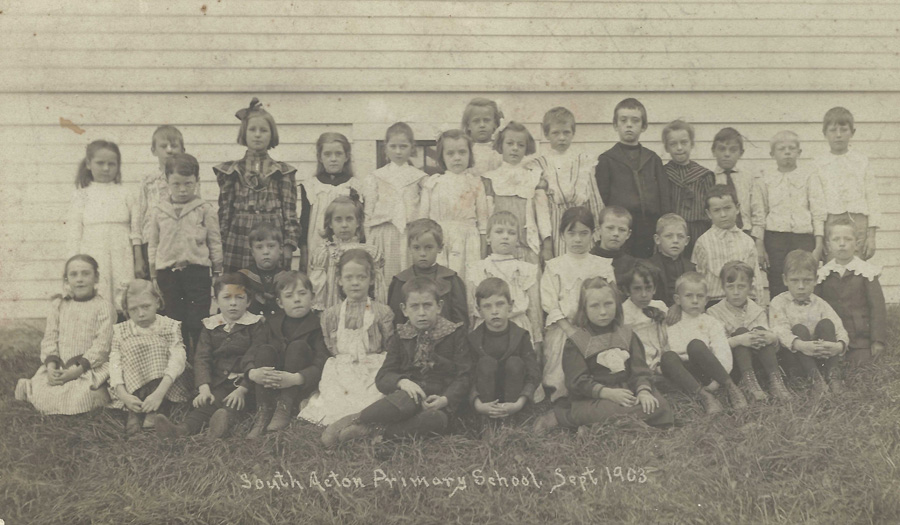 Can anyone help to identify the children in this 1903 picture? 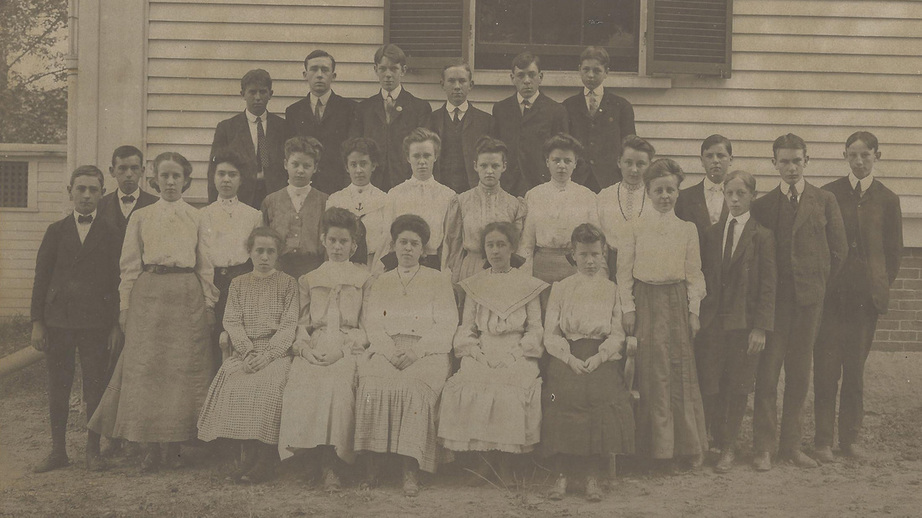 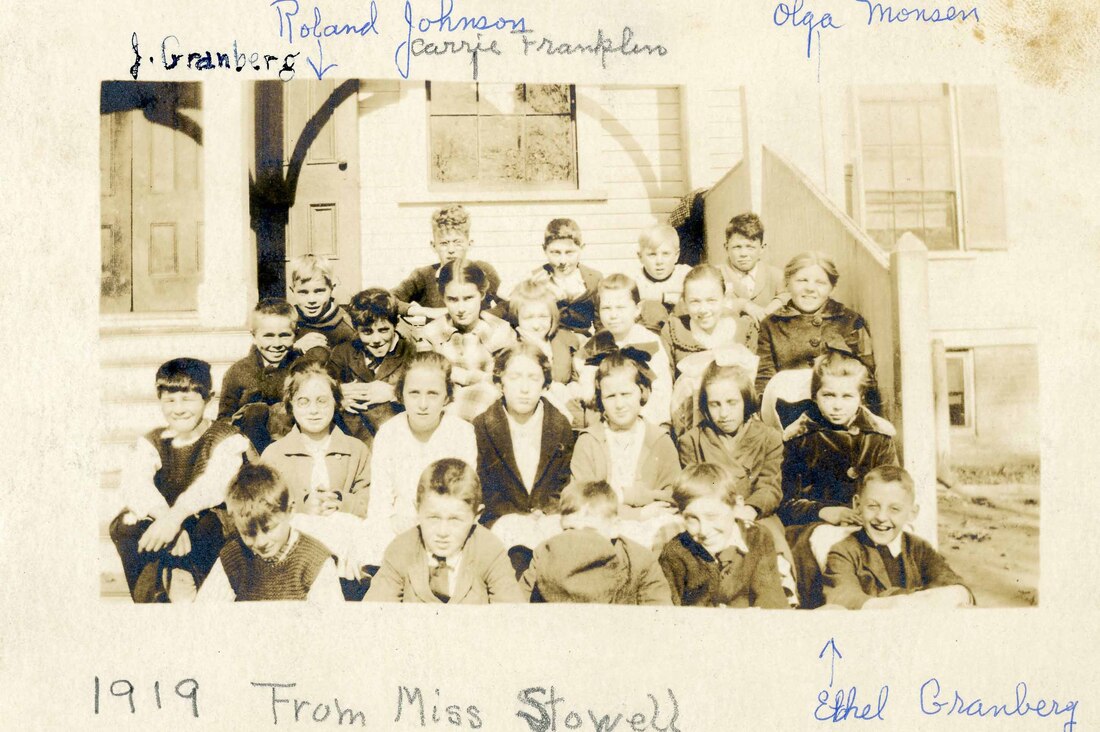 Miss Stowell was the teacher.  Some names are Ethel and J. Granberg, Roland Johnson, Olga Monsen, and Carrie Franklin.  Does anyone recognize the rest of these students?

This picture had a note "Can anyone help?" 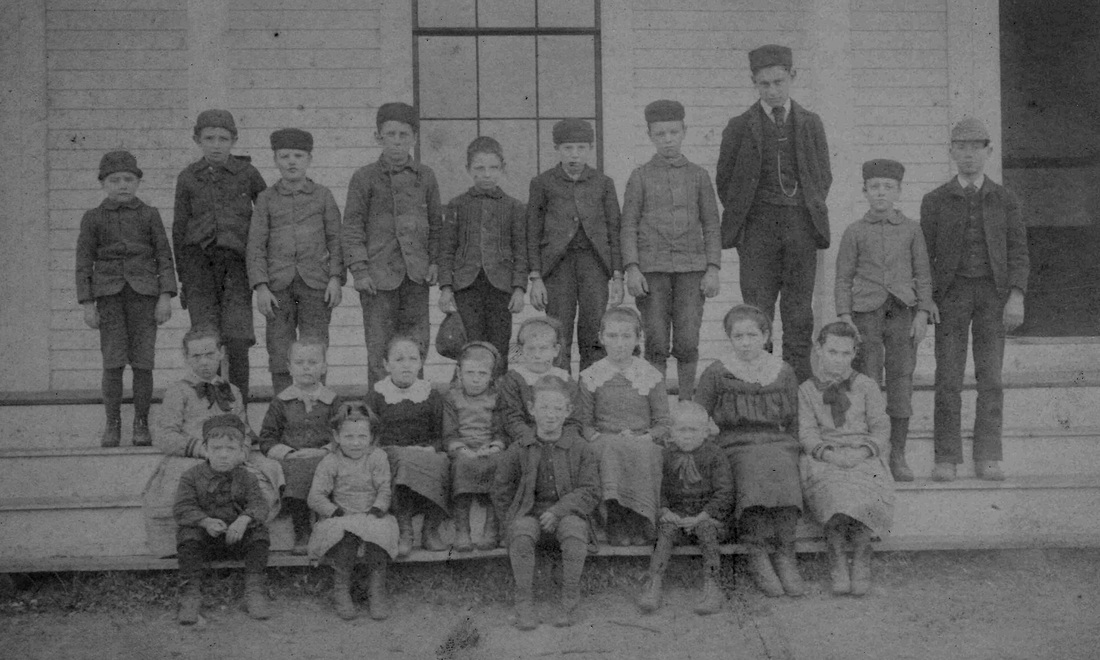 Aside from the fact that this picture ended up in our collection and is probably from Acton, we have no information about the identity of the children or when the picture was taken.  Can anyone at least help us to date it? 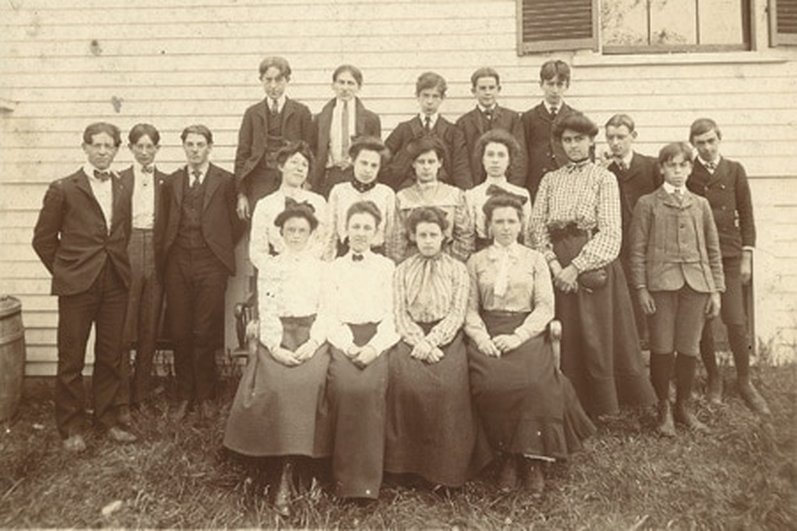 Can you help us to date &/or identify this picture? 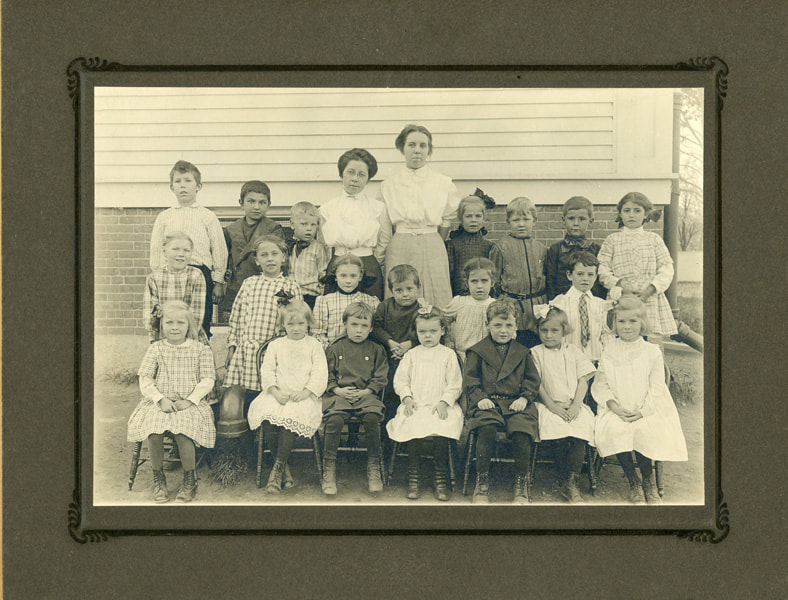 We have no information about who these teachers and their young pupils are.  The picture was accessioned in 1984 with a large number of others from South Acton School, but the place, date, and people were not specified.