Location: Acton Town Common, at the fork of Concord Road 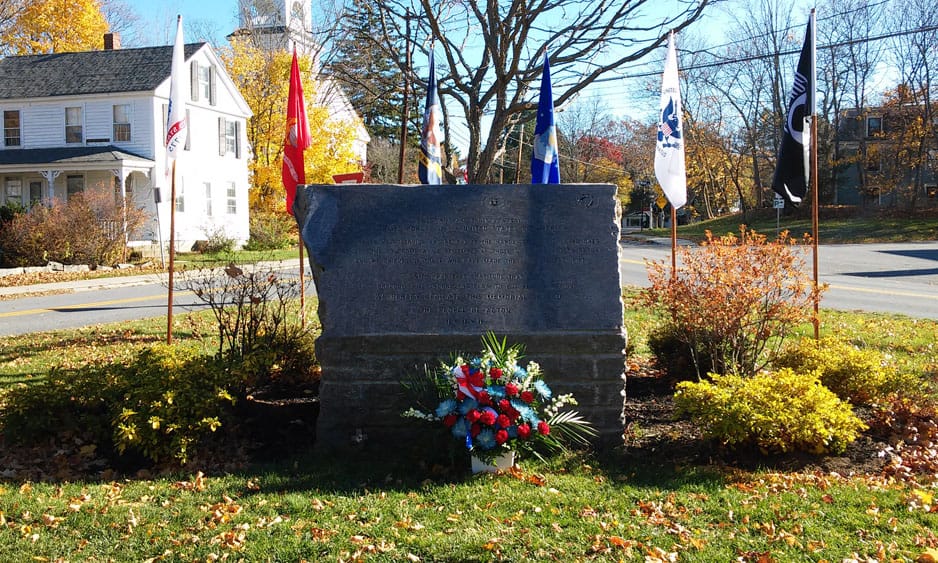 The stone reads:
TO ALL VETERANS AND THOSE NOW ACTIVE IN THE
ARMED FORCES OF THE UNITED STATES OF AMERICA
WE HONOR YOUR SERVICE AND RECOGNIZE THE HARDSHIP OF YOUR LOVED ONES
WE WELCOME YOU HOME WHILE REMEMBERING THOSE WHO HAVE YET TO RETURN
AND WE GRIEVE FOR THOSE WHO HAVE MADE THE ULTIMATE SACRIFICE
WITH HEARTFELT GRATITUDE THAT
OUR FREEDOM WILL ENDURE AND FLOW TO FUTURE GENERATIONS
WE HEREBY DEDICATE THIS MEMORIAL TO YOU.
THE PEOPLE OF ACTON
11.11.11 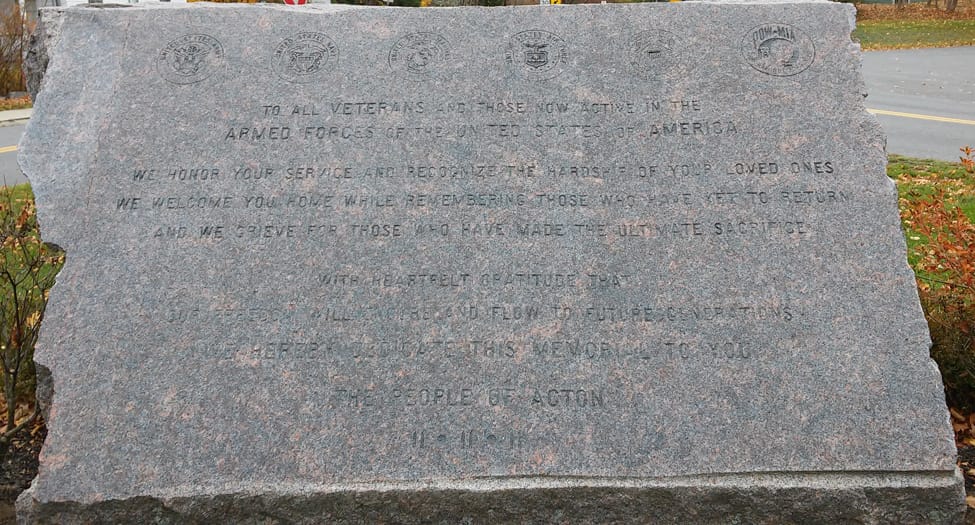 This memorial was erected in 2011 to honor of all veterans and active service personnel of the United States Armed Forces.   It was the culmination of many years of effort by Acton citizens.  (As early as 1967, the town meeting warrant had an article attempting to create a memorial to the veterans of Acton.)  The memorial is a 12-ton piece of rose granite with an inscription on one side and a carving of an eagle by local artists Yin Peet and Viktor Lois on the other.  The stone, inscription, and carving were donated.  Fundraising by the American Legion and others made completion of the monument possible in time to be dedicated November 11, 2011. 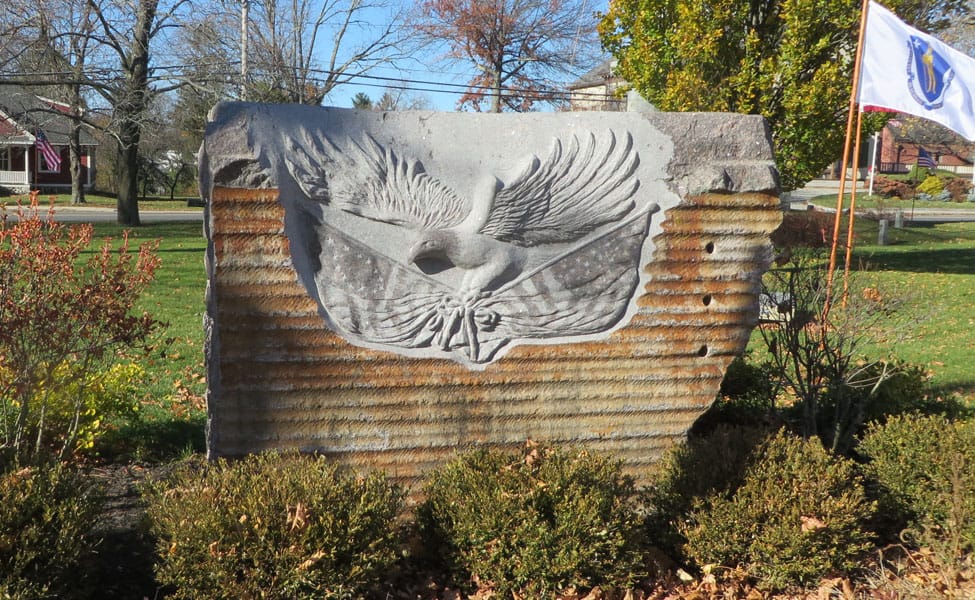