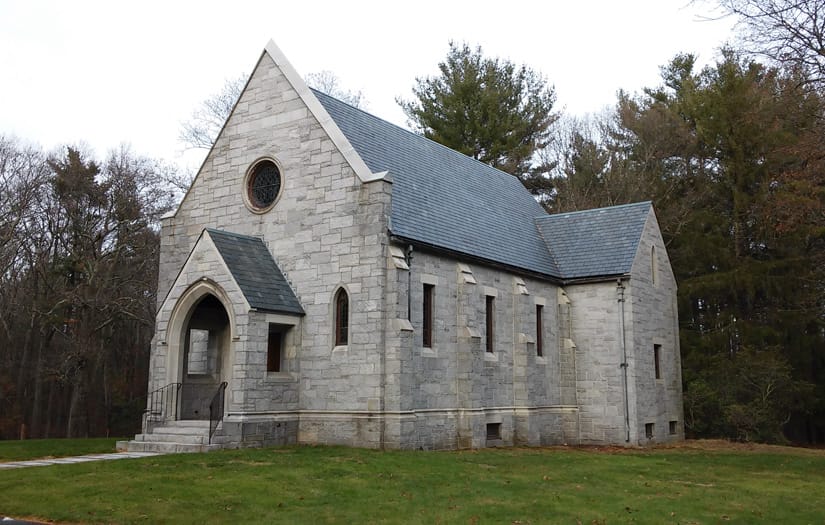 This chapel was placed into service in 1938.  The funds came from a 1925 bequest from the estate of  Georgia Etta (Tuttle) Whitney for a chapel to be built  in memory of her father Varnum Tuttle.  In 1936, Georgia's sister Sarah Albertie (Tuttle) Watson conveyed a twelve acre woodlot next to Woodlawn Cemetery to the town both for potential expansion of the cemetery and as the location for the chapel.  Sarah and Amos Tuttle, as trustees for the Georgia Whitney funds, oversaw the construction.  Sarah Watson also donated funds for its upkeep.

The chapel was designed by architect H. Thaxter Underwood and built by D. F. and W. G. Burns.  It was constructed of Chelmsford granite that evidently came from Westford's Fletcher Granite company.  Inside, there are oak pews, stained glass windows, and an organ.