Nine granite markers were erected in Acton by the Massachusetts Children of the American Revolution in April, 1975 to mark the Acton Minutemen's line of march (known as the Isaac Davis Trail).  Three additional markers are in Concord.  Acton Monument Company created and erected the markers.  Before that, the route was marked with wooden markers. 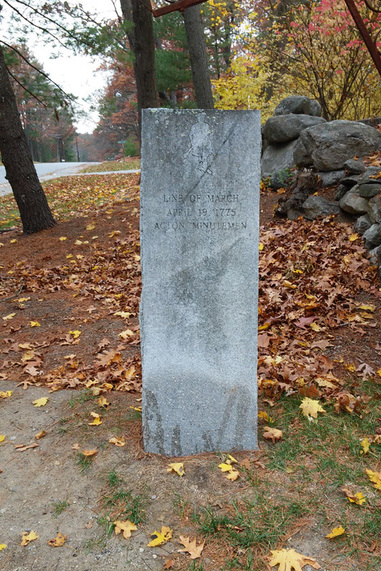 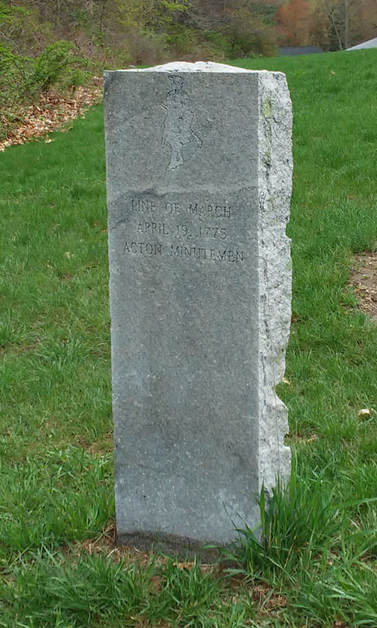 Location: Between 8 and 10 John Swift Road 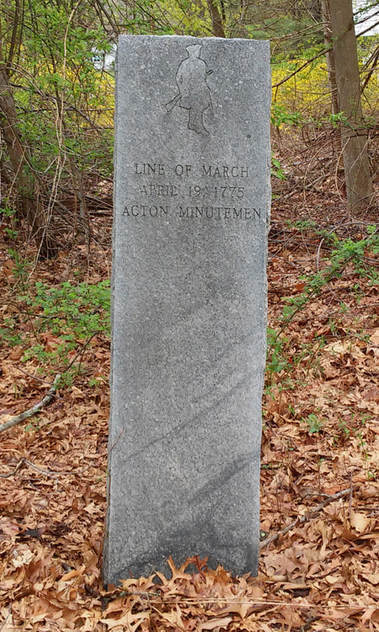 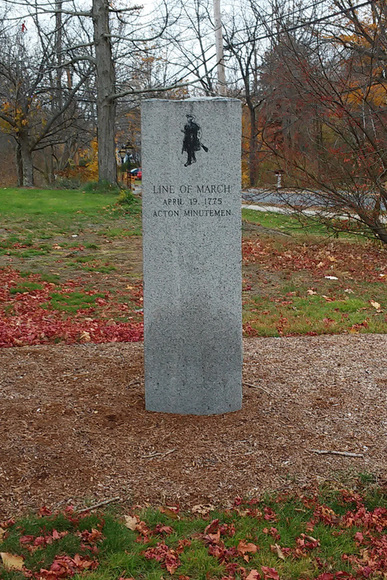 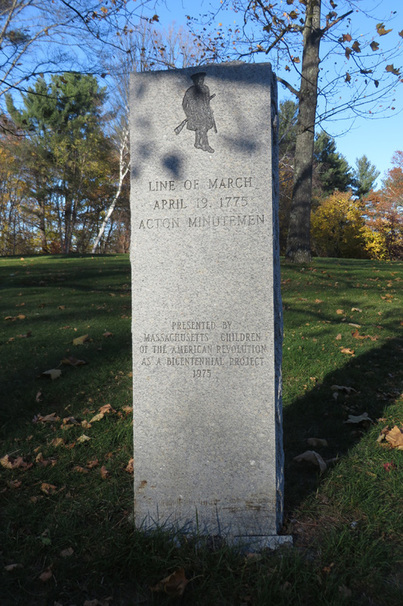 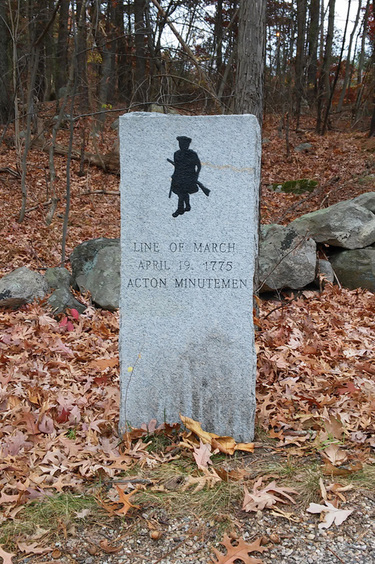 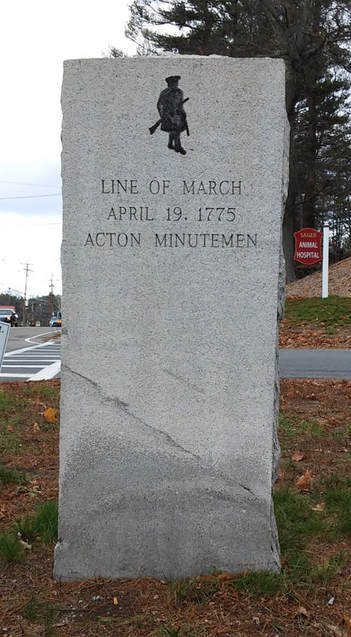