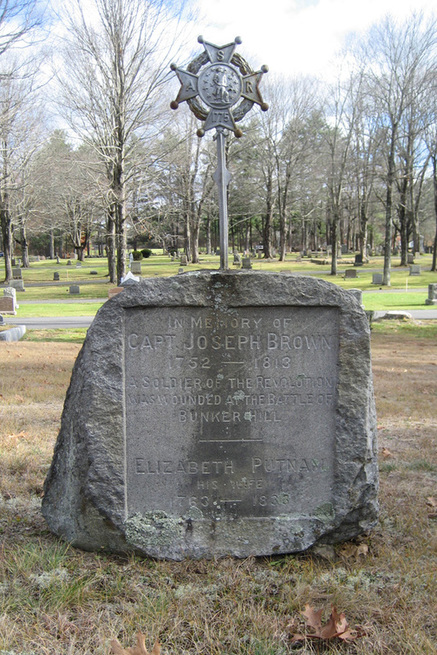 Joseph Brown served, according to Fletcher's history of Acton, in the Battle of Bunker Hill (where he was wounded) and Saratoga (where he shot back at the British using the ball extracted from him after Bunker Hill).  He rose to the rank of Captain by 1780.  He lived for many years in the house formerly occupied by Isaac Davis.  He was married to (1) Dorothy Barker and (2) Elizabeth/Betsy Putnam and had several children by each wife.  Acton death records show that he died August 9, 1813.  This memorial marker placed at his grave in Woodlawn Cemetery was dedicated on Patriots' Day, April 1903, along with the nearby Francis Barker stone.  The memorial stone was erected by Captain Brown's grandson John M. Brown of Belmont.