This exhibit features some photos and items from our collections, expanding on our November 1918 exhibit commemorating the end of World War 1.  When possible, visit Jenks Library to view our full collection of WW1 photographs.

Class photos from Acton schools show some of the many students who served in the military in WW1.  Marked in red are individuals whose service we know of; others may have served from elsewhere or in another capacity.  Additions and corrections would be welcomed.  We do not have pictures of all of Acton's WW1 veterans - If you can help, please contact us! 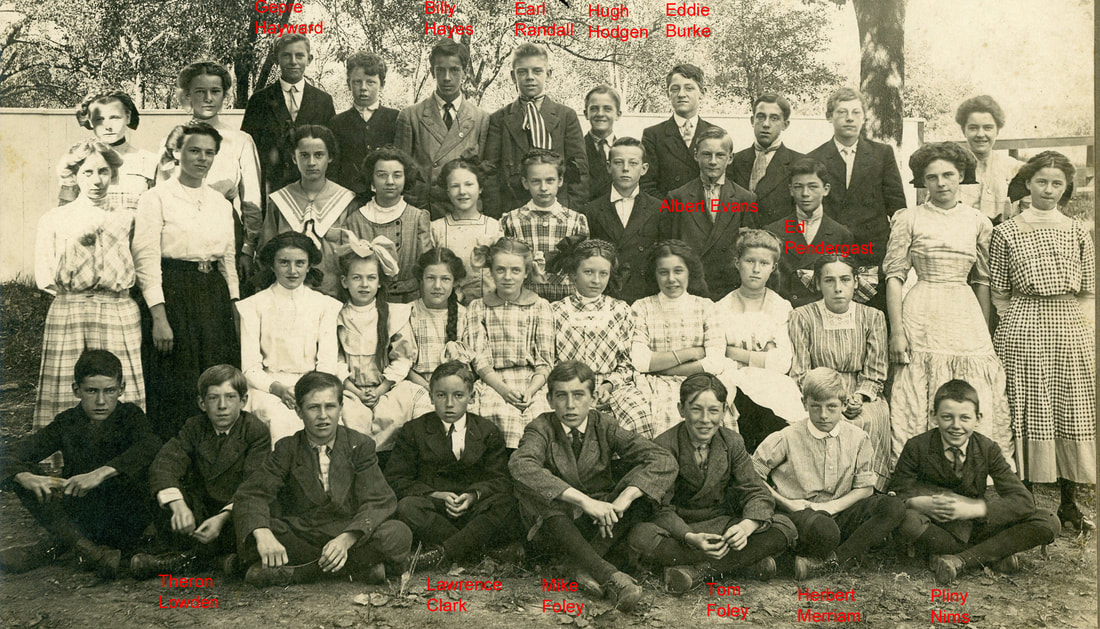 Before the United States officially entered the war, Acton already had ties to the war effort.  One of those ties was Sidney John Edwards (1878-1915).

Sidney Edwards was born in England and lived with relatives in Acton before moving to Winchester.  He attended Burdett Business College and then worked as a clerk for Boston’s A. C. Lawrence Leather Company.  Around 1908, Sidney moved to British Columbia to work as a clerk for a gold mining company.  Soon after Britain became involved in World War I, he enlisted.  On Feb. 23, 1915, he sailed with his unit from Halifax to England.  Sidney was transferred to the 15th Battalion.

The Society has no pictures or possessions of Sidney Edwards.  However, a Historical Society member’s relative Norman Rogers (1895-1959) was in the Canadian unit that fought with Sidney’s.  Some of his pictures are featured here in memory of Sidney and others who enlisted in Canada before the United States entered the war.
Norman Rogers later made scrapbooks of pictures from his World War 1 experiences.  Below are some of the photographs.
Exhibit Continues --