Location: Concord Road, approximately at #111, between the Morrison Farm and the Concord Road ball field. 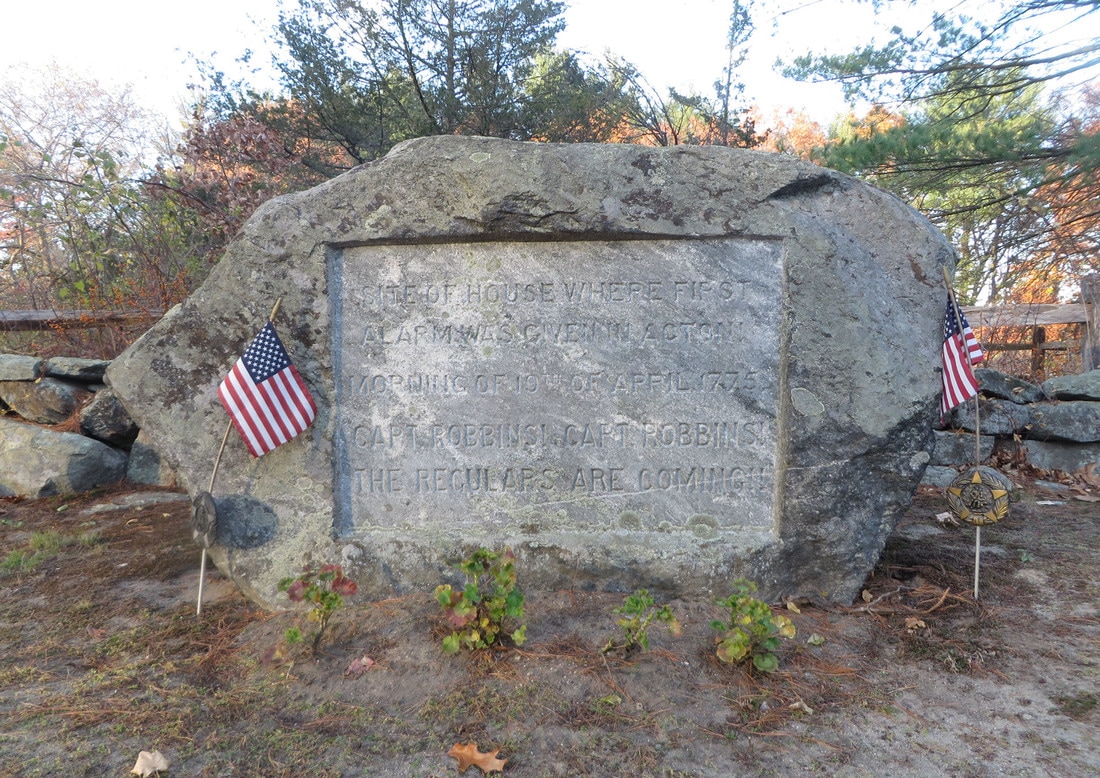 The stone reads:
SITE OF HOUSE WHERE FIRST ALARM WAS GIVEN IN ACTON
MORNING OF 19TH OF APRIL 1775
CAPT. ROBBINS! CAPT. ROBBINS!
THE REGULARS ARE COMING!!

This granite boulder, sometimes called the Alarm Stone, was placed at the site of the home of Captain Joseph Robbins.   There, on the morning of April 19, 1775, a rider, (sometimes said to be Samuel Prescott, but that has not been proved), arrived to warn the town of the movements of the British and to tell the military companies to rendevous in Concord.  Captain Robbins' thirteen-year-old son proceeded from his father's house by horseback to spread the alarm to Captain Isaac Davis and Deacon Samuel Hunt and their companies.

The memorial stone came from the farm of Luther Conant and was engraved by David C. Harris.  By the time of its installation, the Robbins house had burned, so the stone was placed in front of the cellar hole and well that were all that was left of the home.  The stone was dedicated on April 19, 1895 as part of a large Patriots' Day celebration in which the Blanchard stone and the Isaac Davis Home Site stone were also dedicated and Sons of the Revolution markers were placed on graves of Revolutionary soldiers.

Note that the Acton Historical Society has papers that came from Captain Joseph Robbins and his family.